It's not often that you get to a country and become fond of it so quickly. My first impressions were that it was far more developed than India and that the people were incredibly friendly. I had no idea how much better it was going to get! Sri Lanka was never on the original plan (there's a theme here...), but I booked a 9 day tour as I was so close in South India. 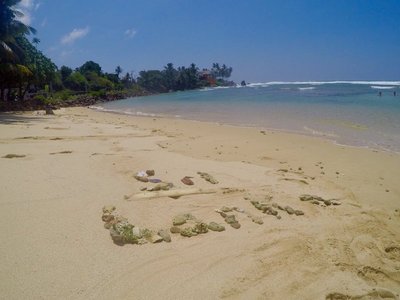 At the first stop in Negambo I had my first sight of a beach since I've been travelling which was very exciting. It was lovely to be in a hotel on the beachfront, with a pool, which made a change from hostels!

Adam's Peak and National Parks
On our first day we were told that we would be getting up at 12.30am that night to trek up Adam's Peak. This is a mountain which has over 7,000 steps to the top and I can tell you that it was hard work. We started actually trekking at 2.45am and the aim was to be there for sunrise. It's a key pilgrimage for four religions (Buddhism, Hinduism, Christianity and Islam) so there were people of all different backgrounds doing the same walk which was inspiring and motivating. It was amazing to see so many elderly people, women carrying young babies and very small children walking up. It was however very crowded and as a result we only made it about 3/4 way up as we were still queuing when the sun came up. We had incredible views of the sunrise though and it still felt like a great achievement. 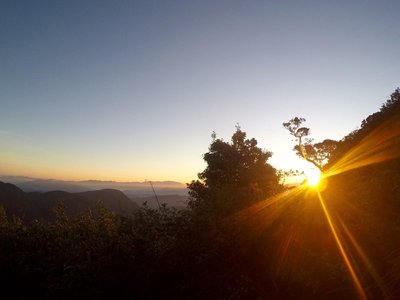 The next day we went Horton Plains National Park where 'World's End' is. The name comes from the fact that it is a sheer cliff drop of 1,200 metres. When I decided to swing my legs over the side and sit on an overhanging rock for a photo, There were many gasps from my group with the tour leader looking particularly alarmed! 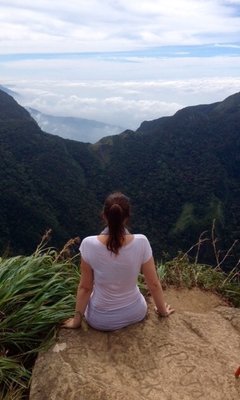 It was lovely to walk around with some beautiful waterfalls and being above cloud cover. There used to be lots of elephants in the area, but when the British arrived they hunted them as a hobby and sadly there are now none left.

Safari in Yala National Park
One of my favourite things we did on the trip was a safari through Yala National Park. There are only 10 leopards left in the park that covers nearly 1000 square kilometres, so we were so lucky to see one hiding in a tree! We saw lot's of elephants up very close, deer, crocodiles, birds and wild bore to name a few other animals we saw. 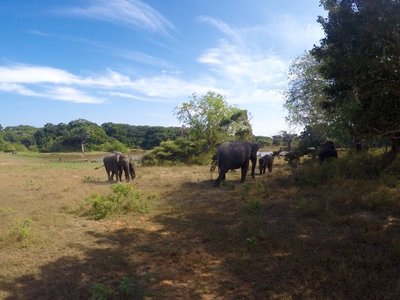 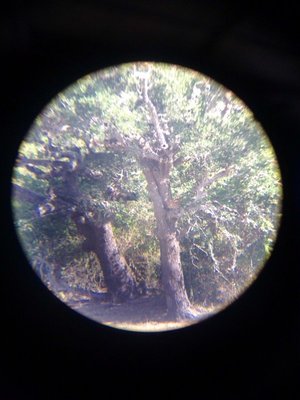 That evening we were camping just outside the national park. Now, I knew this was never going to be the highlight of my trip as small animals close up have never thrilled me. The camp site was luxury camping, but of course this didn't stop a mouse visiting us before bedtime. As I'd just calmed myself down, I absent mindedly lifted my pillow to do a quick check, not really expecting to find anything. To my horror, there was a HUGE bright green lizard, about two thirds of the length of my pillow underneath. Against the white sheets and pillow it's a memory that will stay in my mind. I've never moved so fast in my life and it took me a while to get my words out to my roommates as to what had actually happened! Thankfully someone removed it and except for another mouse that woke me in the night, there were no more scary moments. I've never been so pleased to leave somewhere (as I type this I've just been shat on by a crow...I always knew animals had it in for me)!

The South Coast
We spent a day in Unawatuna where we had a free day. I went surfing with my lovely room mate Sinead (her blue dinosaur Bruce didn't join us for this part) and had an amazing, but very sunburnt, day. 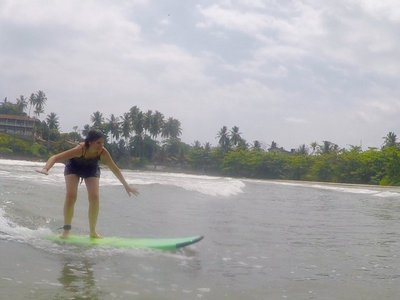 Towards the end of the tour, we passed an area north of Galle, which had been hit by the 2004 tsunami. There were many buildings that have never been repaired and have been left derelict, where others around them have been rebuilt. Whilst there, I had forgotten that Sri Lanka had been affected so badly, with over 30,000 people killed. They've done an incredible job of rebuilding both the buildings theselves and the tourism industry in the area since then. The coastline is still of course populated and fishing is a key industry in Sri Lanka. We got to see the small number of fisherman who fish, sitting on poles, in the shallow waters. 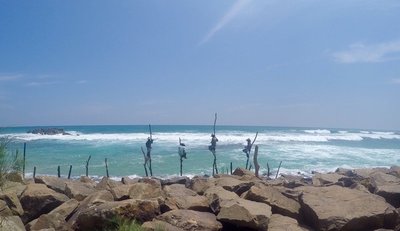 Japan and Sri Lanka have very good relations and Japan pay for many Buddhist monuments to be built. The two that we visited were built after the tsunami, and are very striking. 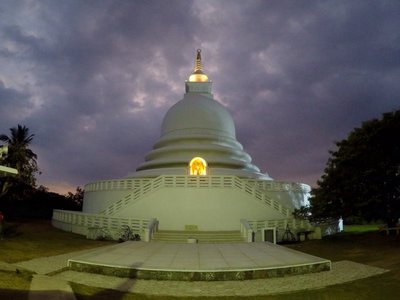 This will be the last organised tour that I do. I've realised that I like the freedom of travelling independently. You can make last minute decisions, visit places locals/other travellers recommend, have more authentic experiences and be far more flexible. I knew most of this before, but this was a defining trip where after so long travelling alone, I realised that a regimented timetable and tour bus is no longer for me!

This blog and the photos doesn't do this country enough justice. I'm genuinely so excited to come back here, hire a car, explore the country in a different way, see more places and fall in love with it all over again. Certainly my favourite country by far and I think it's just managed to knock Mongolia off the top spot! 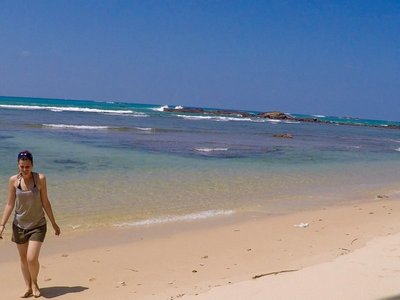