The beginning of the Trans-Siberia Express and world wide travels!

First blog finally published! It's taken me a while as I've been so busy, but I will publish one for each country ?, with interesting facts at the end of each blog...so here it goes!

After nearly missing my flight to Russia (as we were stuck on the M25) and having no phone or internet at the airport (as O2 had started to switch over my SIM card and Heathrow's wifi wasn't working), I was a little concerned that the start of my travels was not quite going as I had imagined!

St Petersburg and Moscow
Thankfully it all changed after boarding the plane and sitting next to a very chatty couple who I spoke to all the way to Russia! Once I landed I went through security and got the bus and the metro to my hostel. I went for a quick wonder around the city and was pleased that it was snowing as that is how I had been imagining St Petersburg.

Whilst in St Petersburg, I visited the Winter Palace which is in a huge square with an incredibly tall column which has no foundations. I walked to the top of St Issac's Cathedral which had amazing views (although the wind meant that it was extremely cold that high up). I should confess to easing myself into travelling by then boarding the hop on hop off bus - not really backpacker style I know. In the evening I met Krill, who lives in St Petersburg and had offered to show me around. We walked through the city and he told me about more obscure things that would not normally be covered- including a metal bird on a small metal stand which can be seen below if you look over the side of the river. People were throwing coins into the river to try and get it to sit on the metal stand because if it stays there, the story goes that your wish comes true. I'm pretty pleased to say that mine remained on the stand, so here's to hoping my wish comes true. After walking we went to a vegetarian restaurant where I had cabbage soup, a local dish. I'm not going to lie - it tasted like salt water. I didn't have it again! 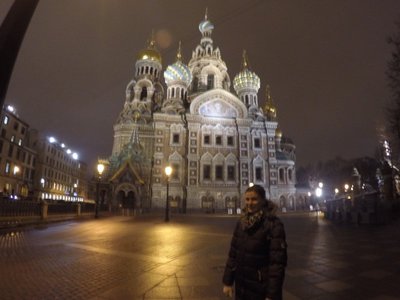 The next day I met Mo, an Eygtian who has moved to St Petersburg to study. We went for hot chocolate in Singers cafe that overlooked a cathedral. Afterwards we went to the Galleria, which is the largest shopping mall in St. Petersburg and we had lunch and I just had a baked potatoe with cheese, but Mo kindly bought me a tea as he felt it was compulsory as I was English!

I returned to the hostel and met the group of people who I would be on the Vodka Train Tour with (aka the trains-Siberian express) and we went out for some food, vodka shots and karaoke! The next day we boarded the overnight train to Moscow and arrived at 6.45am. After dumping our bags at the hostel, we set out for the day and explored the red square. In the evening I went to the Russian ballet at the Bolshoi Theatre, which is infamous for its performances. 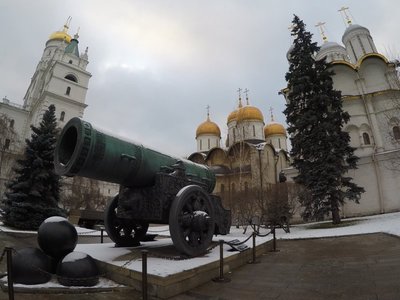 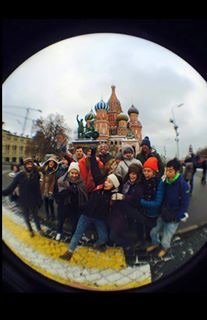 The Trans-Siberian Train
The next day was the start of the Trans-Siberia! It was 28 November and we weren't getting off this train until the 2 December! That's five days and four nights on a single train....And the start of over 9,000km of train travel ?

The Trans-Siberian Express is an experience in itself for many reasons. Getting to understand the Russian culture of long distance travel is the first. Near silence is expected in the carriages which is pretty hard with a group that are on an exciting adventure! The fact that we'd been threatened with the police less than 12 hours in kind of sums it up!

Each carriage consist of about 10 compartments and each compartment has 4 beds and a small table near the window. Sometimes the lights in the cabin work, sometimes they don't. In the walkway there are two plug sockets for the whole carriage, so if you want to charge something, you have to stand with it (that's if they are working too...). There are also two toilets in a carriage, which 'flush' straight onto the tracks. I say flush as you just press a foot pedal and it empties. There is a sink with taps and soap- but there's no running water, which we had all agreed was the hardest part! At least that's what we thought until day four - we then found out there is water we were just all using the taps wrong! There is a guard in each compartment who is there to check that everything is okay throughout the journey and they stand by the doors at each stop to check tickets before boarding. Finally there is a boiler with hot water, so we bought our own tea bags so we could drink free tea. We mostly ate noodles, as you can just add water, however there's no where to wash up or rinse as the boiler has no water tray etc, so everything is cleaned (whether it's your hands, face, bowl, mugs etc) with baby wipes. 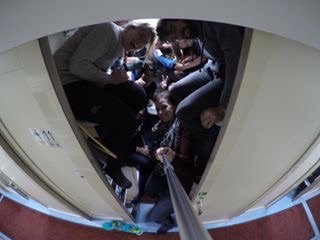 The length of time we spent on the train was five days and four nights. A few of us thought it was one night less until we realised on the second day we had it wrong! So that's an entire working week spent on one train. It's strange being so detached from the outside world. We had no idea what was going on, or even what the time was. Siberia has so many time zones, the time frequently changes. However all train tickets and departure times work off Moscow time. This means that the train clock is showing Moscow time and our train ticket said that we leave the train on 2 December at 03.28. The real time in our destination though will be 09.28 as they are six hours ahead. So we've basically experienced jet lag without stepping foot on anything as luxurious as a plane. As a result we would often find our phones just moving on an hour or so as we pass into another time zone. The other strange thing to get our heads around is not knowing where we are at any stage. All I would know is that I was a long way from Moscow and a long way from Irkstuk, where we would finally get off!

My time was generally filled with card games, a lot of backgammon, random conversations, card games with drunk Russians, noodle eating, tea drinking and sleeping. One evening our group went for dinner in the dining cart and did speed dating with each other - that's what happens after four days on a train!

The scenery for the first three/four days was very similar. It was flat, with some trees and snow covering the ground. Occasionally there will be a large town or city, or smaller houses that are very remote. Most stops on the train are 2 minute stops. Sometimes they are scheduled for longer stops and then it's normally about 20-30 minutes. When you get off the train to stretch your legs, local people are selling food or items such as scarfs etc. At one stop there was a woman selling huge fish and clearly half the train bought some as the train stank for the rest of the day! On the last day or so the landscape changed. It was more hilly, and the houses turned to wooden shacks.

Irkutsk/Lake Bikal
On day five, we finally arrived at Irkstuk and took the bus to Lake Bikal. Unfortunately the lake hadn't frozen over yet as they were having a 'mild' winter, at a mere -12 degrees. The lake itself is gorgeous and we were very lucky one evening to see the most gorgeous sunset from the top of a hill. 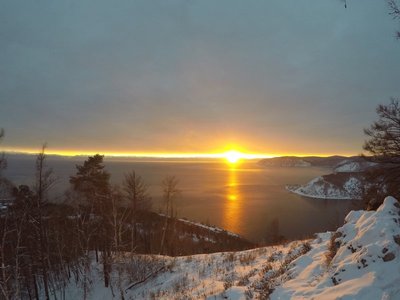 Whilst in Lake Bikal we did a number of activities, my favourite by a long way was snow mobiling! We had an hour and I was passenger with Sam driving, until swapping half way around. It was probably best this way as I don't think he'd have got me off if I'd gone first! We went through a beautiful winter wonderland of snow, forests and mountain back drops to finish it off. Husky sledging was also fun, with 6 dogs pulling us along one by one. 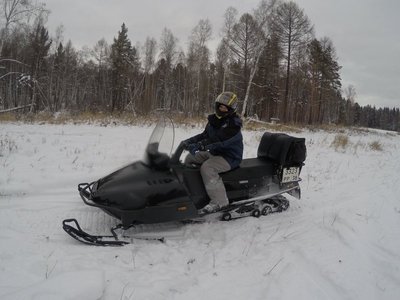 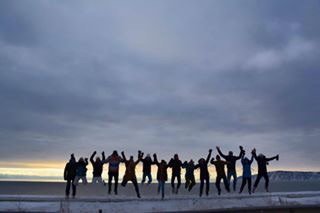 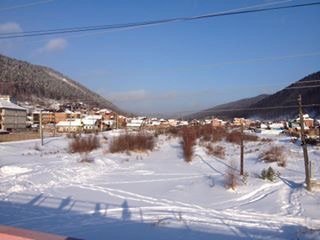 The scenery is amazing and Siberia in winter is definitely somewhere I would recommend going. After heading back to Irkstuk to catch our train, we did a quick walking tour of the city, stopping off at the remembrance square, having some food in 'The London Pub' (not very authentic when you serve earl grey in a coffee dispenser) and then we boarded another overnight train. This is where the scenery changed dramatically. It was like a white desert when we woke up and it looked surreal. It's definitely been my favourite view on the train so far. We passed through the Russian exit border (which took five hours) and the Mongolian entry border stop (another two hours) and this is where my Mongolian blog will pick up....

I'm lucky that the start of my travelling experience has been so positive. I've met a great group of people, and Russia has some beautiful buildings and scenery to explore.

Five facts I learnt about Russia
1) A superstition they have is that if you are a student and you see a plane, you should duck to get good grades
2) The Trans-Siberian Railway is the longest in the world
3) Our journey was over 9000km
4) 77% of Russia is made up of Siberia
5) Lake Bikal alone can supply freshwater to the entire world population for 60 years and is the worlds oldest and deepest lake

My video mash up of the trans-Siberian express that I've put together, brings it all to life ? http://youtu.be/hZWhG8p9ofc

This made me chuckle Poppy. What an adventure already. So pleased you are doing so much. Big hugs x

So glad you're having an amazing time!!